Skip to content
Posted on August 16, 2019 by HJ Giles Posted in Uncategorized

Radio static. The feedback of megaphones. The street preacher dusts off their A-board. The opposition approaches the podium. Proclamations echo across the land! Richard and Judy are Russian sleeper agents, their dressing rooms stocked concealed, but readily accessible, novichock. Jamie Oliver licks the sludge out of broken dishwashers when no-one is watching. The deep-fake of Mark Zukerberg has lifted himself out of the doctored videos and is rampaging downtown. Spread the word. Drop the mic.

Plus lies and loveliness from your hosts, Ali Maloney and Harry Josephine Giles.

And BSL Interpretation throughout

A murder with no justice. A biracial writer who is always hungry. An after-meal snack which predicts your future. ‘Fortune’ is about misidentification, misinformation and misappropriation, and will present a 3-in-1 munchy box of real-life stories all for your consumption.

A performance about Galician and Scots women’s work, with dance, Gaelic and Galician song, folklore, new technologies and feminism.

reducing psychiatry to firewood in ten minutes before handing out the resist ants. part of our ongoing ‘reclaiming the languages of lunacy’, psychiatry still refuses to acknowledge how were all being driven over the edge by a maddening world. ‘oppositional defiance disorder’ is just asking questions, being a bit stroppy and having some swearywords – – theres plenty to swear at! so heres slanderous subversion with a whitecoat repeatedly hammering wrong shape into wrong-hole of kiddies toy while victim-blaming before all falls apart. the whitecoat falls off – freeing us to sing our version of take the toys from the boys (originally by poison girls) and hand out resist ants.

Alice tries to be a clown being Charles Aznavour, from 1968. 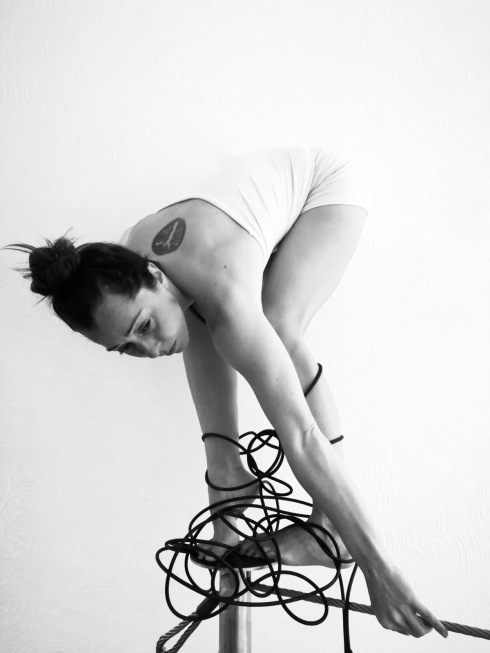 In the Dark – We Play
Fiona Oliver-Larkin and Kasia Zawadzka

The Dark. Might it be the dark that we experience within ourselves, the one around us, the one inthe basement, or in the night in the forest. Could be literal of metaphorical.
Is it possible to play in the dark? Children learn by playing, and how adults learn? Are they allowed to play? And what about creatures? How would they learn? Would they be gentle? Primal? What are the rules?