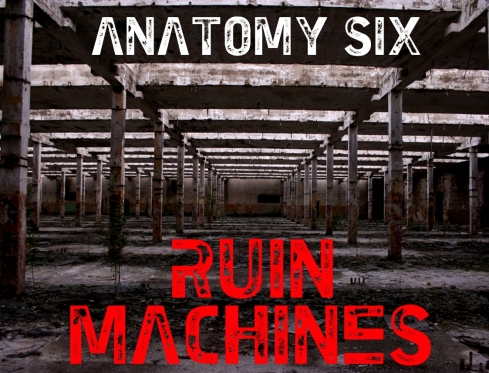 From the sewers, the skies and the sea they come! Made of metal and flesh, bone, rock and wing, they crawl! Clanking contraptions puffing black smoke and swallowing worlds! Absorbing cathedrals and factories along a trail of rot! These are the desolation engines! These are the RUIN MACHINES.

A contemporary take on the music hall variety show, ANATOMY is a platform for performance artists of all disciplines; beyond scratch, it creates a stage for risk-taking performance and breath-taking theatrics in Edinburgh’s exciting new multi-arts venue, Summerhall, within a historic anatomy lecture theatre. 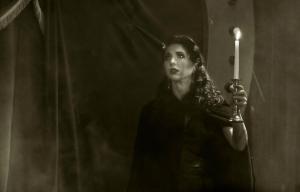 Deep in an ancient house, Pandora has strayed from the party and lost herself in the maze of corridors beyond the public rooms. Through chambers thick with dust she steals closer to a mystery; a painted box that calls her away from everything she knows. Magical realism and circus aid the reinterpretation of a classic fable on discovery and redemption.

During the days,
hurry up steps
looking around all the time…
That was my state.
Run
Run
Rum????
Yes please, a double on the rocks.

The Drone at Play
Harry Giles

A military unmanned aerial vehicle gets sad, goes shopping, tries to get away from it all and only finds herself. Poems, music and video: all drones.

Black Onion is a piece that I made as a comment or statement of the constraints that I feel by different means and in different cultures. These constraints are visible or invisible rules that have a general acceptance in the culture where they are based, repressing women’s wide expression and female energy, and promoting gender dualism.

Our divination is by bibliomancy. We print desperate fortunes for the survivors to grasp, ink still wet and smudged by your trembling digits.

The Sortes Virgilianae was an Ancient Roman and Mediaeval fortune-telling practice in which chance selections from Virgil’s Aeneid were taken as predictions.

Stomping through the wasteland, the cyclops searches for Noman. He observes and in turn, alters his environment in his own image. Projected media based physical theatre.

She was born with a magical voice and the ability to touch people through incredible vulnerability and uninhibited singing. Through her voice she expressed the vulnerability she felt towards life and through it, reached into the hearts of her audience.

This piece is a short exploration into the intimate and vulnerable soul of the artist through the songs and life of Judy Garland, clowning and the will to sing.

The femdroids are rebelling. Built to clean and for sexual favours they’ve had enough of their male counterparts. They gather together and form parodies of men. They’ve just finished their latest therapy session and pirates was its theme. Prepare the leviathan, MAN the sails. Captain Rupture is coming.